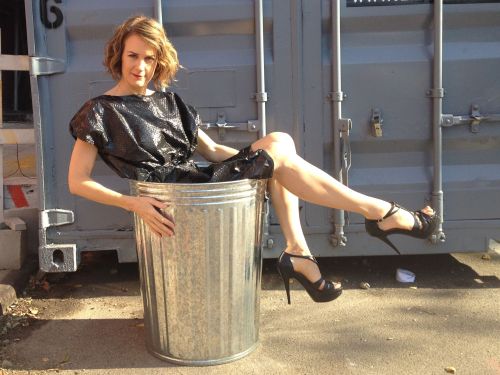 Hi, I’m Deb—a writer, performer, and now blogger! After cutting my teeth writing TV comedy in Hollywood, I moved to New York City and am now attempting to save the world. CitizenDeb.com is part of my strategy.

Actually, there are a few things that happened in between. Let me explain . . .

When I moved from LA to New York, I started writing advertising copy, published a few humor pieces and a one-act play . . . blah blah blah. I did some other stuff too, including trying (and failing) to get pregnant as a single person, followed by a little thing called breast cancer. Ouch, right? I’m fine now. But those things woke me up a bit, and put me in touch with ye olde question of what do with my life, now that I knew I was mortal.

So I wrote about those experiences. And then I took what I wrote onstage. It was super scary, talking publicly about such personal things, but it seemed I could be of service by doing just that. 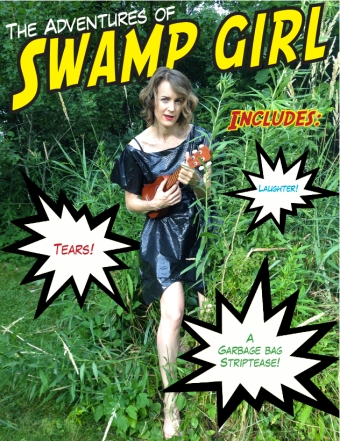 I called it The Adventures of Swamp Girl, a two-part solo theatrical show, and it included half a country song and a garbage bag striptease. I got to perform it in some very cool theater festivals (including the 2014 New York International Fringe Festival and the star-studded Los Angeles Women’s Theatre Festival in 2013).

Then, even though Swamp Girl was just getting off its feet, and people seemed to connect with its message (who needs a therapist when you have knee pads?), I wanted to write a new show. I wanted to have a larger positive impact on the world. Can you feel the pressure??

That’s when Waste Management: The Show was born. 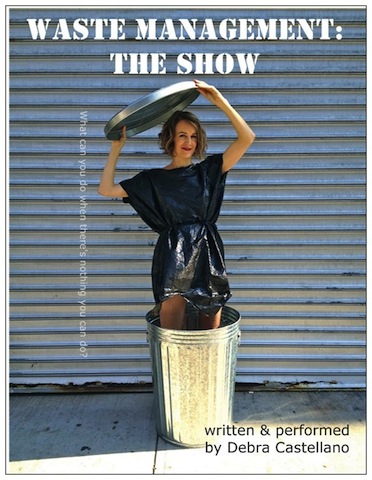 photo by Karina Fassett; design by yours truly

WM:TS has begun as a 30-minute solo piece (so far) for people who care about the environment, but are just too darn BUSY to do anything about it. In it, I try to juggle pedicures, gynecologist appointments, and possible mob connections with saving the world—or at least getting people to use less plastic.

I had so much fun researching, writing and performing it a handful of times that I decided, late one night—in one of those dark moments of the soul—to really commit to this crazy goal of saving the planet. Which I kicked off by enrolling in the Certificate Program in Conservation and Environmental Sustainability at Columbia University. (It’s always something with me.) Now I’m living the second act. And taking notes for the stage version.

As I say in act one of WM:TS, I’d like to have one tiny, positive impact on the world. If my positive impact can just slightly outweigh my negative impact, I’d be so psyched. And if I can do that without chaining myself to the side of an oil rig in the Arctic (I think I’m more of an Antarctic kinda gal), or giving up my hair colorist, even better.

You’ll learn more about me as you read my posts—maybe more than you want! I like to push the boundaries of TMI.

I have a website, DebsBrain.com, with some of my other work on it. Check it out if you’d like.

And welcome to CitizenDeb.com! Happy reading!!

3 thoughts on “About me”